Thank you for reading!

This guide is intended to provide a little background history about the Pacifica Foundation governance and delegate election process, explain how choice voting works, and provide some tips to help you select the representatives you want.

Election information is always available on elections.pacifica.org and is updated in real time when a nationwide election is in process. 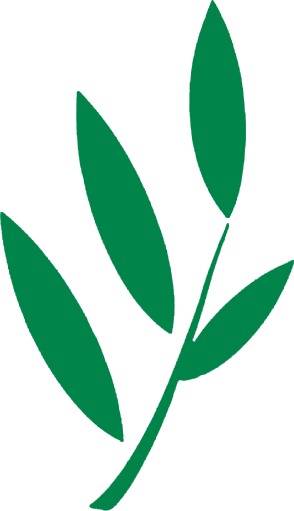 The Pacifica Foundation is a 75 year old public radio network, the first and the original listener-sponsored public radio in the nation.

Since 2003, the Pacifica Foundation has been committed to constituting its board of directors and governance structure from its listener-sponsors and staffers, and running regular democratic elections where the network’s members choose its board leadership.

The way we do that is by holding national elections, currently scheduled every 2 of 3 years, to elect listener and staff members to serve as delegates. These delegates serve on local station boards (LSB) in each of the five signal areas where we maintain radio station operations (WPFW in Washington DC, WBAI in New York, KPFT in Houston, KPFK in Los Angeles and KPFA in the San Francisco Bay Area). Each LSB then elects directors to serve on the Pacifica National Board (PNB).

How We Got Here

The Pacifica Foundation has been innovating in public radio for over seven decades.

After the 1967 Public Broadcasting Act created National Public Radio, the Pacifica Foundation joined the Corporation for Public Broadcasting and became a partially government funded network in the 1980’s, but always maintained its scrappy independent ethic.

In the 90’s, tensions between the network’s radical ethos and public radio trends towards smoother on-air sounds and careerist professionalism (described by the Corporation for Public Broadcasting as the “Healthy Station Project”) led to a militant standoff and finally the replacement of the network’s entire board of directors. 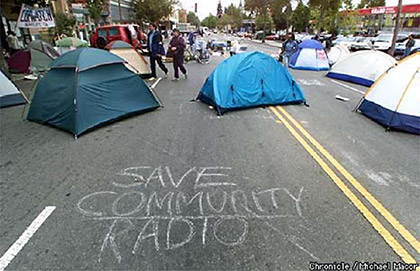 The democratic election of network governance from the organization’s member and staff became a central mandate for the new post-1999 Pacifica Foundation, which has maintained and expanded its commitment to democratic accountability ever since.

While democratic governance has been far from perfect, and there is much discussion about changing the system in a variety of ways, what is certain is that Pacifica will never find it itself again in the position it was in circa 1999, when a vast majority of the network’s sponsors wanted to remove the board of directors – and could not. Nowadays, the network’s members pick them, and the network’s members can dismiss them.

This guide will help you to exercise that precious right and responsibility.

During each election process, each of the station’s five signal areas across the country holds an election to select 12 delegates to its local board. This constitutes half of the local board, with the other half elected in alternate years.

Nine of the delegates are listener-sponsors and represent all of the people who have provided financial support to the station over the past year by becoming members with a $25 or more donation to the station. Listener sponsors may also qualify by volunteering at the station (3 hours over the past year) or on local station board committees. Three of the delegates are staff-members and represent the employees and volunteer programmers at the stations.

Listener members and staff members vote in different classes, so each of these elections are separate and a person can only vote in one of them, not both.

The local boards are committees of the national board of directors and have specific responsibilities delegated to them which include:

Local board members also participate in national board committees as they are willing and able to do so.

What is Choice Voting?

The Pacifica Foundation was one of the first national organizations to embrace proportional representation, a voting style which seeks to enhance diversity by rejecting winner take all election models.

Proportional representation, now used in a variety of governmental elections, including the Board of Supervisors and City Council elections in the cities of Oakland, Berkeley and San Francisco and in Minneapolis, Memphis and the State of Maine, allows voters to rank their candidates in order of preference so the value of their vote goes to the candidate remaining in the race they most prefer. This allows people to vote for the candidates they support regardless of whether they are likely to win.

In a multi-seat election, like those in Pacifica elections, what this means is that voters rank candidates by preference, basically assembling a staircase for where they would like their vote to go if their highest ranked candidate does not need their vote because:
a) they already have enough votes to win their seat
or
b) they are eliminated from the race due to lack of votes.

By creating your voter staircase from your most preferred candidate on down through your selections for the total number of seats available, you make sure that your vote will be put to its most valuable use to get the candidates you prefer elected.

Candidates who reach a certain share of all the votes votes will be elected when they reach a threshold number of votes. A candidate who reaches the threshold is elected, and any excess votes over the threshold are then counted for the voters’ second choices. Then, after excess votes are counted, the candidate with the fewest votes is eliminated. The voters who selected the defeated candidate as a first choice will then have their votes counted for their second choice. This process continues until all seats are filled.

You can read more about proportional representation and ranked choice voting here.

This is the schedule for the 2021 Pacifica elections

Pacifica election staff (the election coordinator is called the National Election Supervisor) issue rules each year to keep the election fair for everyone. If you are a candidate, you will need to sign off on these rules before declaring your candidacy. Voters can view the FCP rules HERE.

Among the most important rules is that staff candidates cannot cannot endorse themselves or any other candidate for election when on-air as a host, programmer or producer or use any station-sponsored email lists or websites to promote candidates for the local board. The reason for this rule is to avoid providing an unequal platform for one candidate over the others.

Anyone who believes they have heard an on-air endorsement, seen one on an internal Pacifica staffer or volunteer email list, or that some other election rule has been broken, should file a notice of complaint on a form available HERE.

Consequences for violations of the fair campaign rules can include losing the ability to participate in candidate debates, suppression of the recorded candidate cart, and disqualification.

One of the most important election structures is called the date of record. The date of record defines the parameters of who gets to vote. To participate, you must meet all the requirements of being either a staff member in good standing of the Pacifica Foundation or a listener member on the exact day that is set as the date of record. One day earlier and one day later aren’t good enough.

The Pacifica Foundation is committed to listener democracy and spends tens of thousands of dollars facilitating member participation in the governance of the organization. It’s important, but it’s not free.

But the Foundation also must be committed to solvency and mailing out thousands and thousands of ballots is very expensive. So the Foundation is transitioning to electronic balloting. We need your help in continuing that transition.

Our partners in election administration are Simply Voting and Honest Ballot, two election companies with significant in experience in running secure and reliable elections for associations, unions, local governments, cooperatives, political parties and nonprofits. You can read more about them on their websites: Simply Voting, Honest Ballot.

If you received an online ballot last year and maintain your member eligibility, you should be all set. Keep an eye out for your email ballot to arrive from Simply Voting (vote (at) simplyvoting.com) on August 15th.

Because the ballots are sent to lots and lots of people, sometimes your email program will send the ballot to a “spam” or “promotions” folder, so make sure you look there as well.

Please do not contact Simply Voting or Honest Ballot them for a ballot. You must file a ballot request form to receive a ballot. The national election supervisor verifies each ballot request individually and this can take some time, sometimes up to 1 week or more.

By using e-ballots, both the trees and Pacifica’s bank account will thank you. We preserve democracy at Pacifica by making the process financially and environmentally sustainable.

If you absolutely cannot vote electronically because you do not have an email address or cannot get online, then you can request a paper ballot from the national election supervisor using the online ballot request form or calling the election hotline and one will be mailed out to you.

Members with out valid emails, or whose email addresses bounced, who did not request a paper ballot will received a brightly colored postcard with “BALLOT” written on it. This contains voter credentials beneath a scratch off to access the ballot online at pacifica.simplyvoting.com .

Pacifica tries very hard to keep accurate lists, but like all understaffed nonprofits with thousands of members, sometimes there are mistakes. We are making a proactive attempt this year to start early
with cleaning the membership lists in order to have as few problems as possible.

However, it is inevitable that some quantity of people will find themselves dropped off of the lists due to human error. Nobody is perfect!

If it happens to you, please file a ballot request form to request a new or replacement ballot. Replacement ballot requests will be batch-processed and you will get a new ballot prior to the end of the voting period. Please fill out the form, so we can have records of all of the requests and the fulfillment. Taking the time to fill out the form makes sure everyone gets serviced promptly and your request will not get overlooked. Please do not submit multiple times as this will just fill the system with duplicates and slow down the process for everyone.

How To Decide Who To Vote For

Most of the stations will have more candidates running to be on the local boards than available seats, so voters will have to decide which candidates they want to support.

How do you do that?

Pacifica will be providing the following materials for each candidate that you can review in order to make your decision.